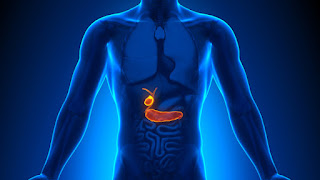 Hi everyone! I just wanted to let you all know how I'm doing, it's been a bit of a cluster of things going on.

So first of all I've been taking Humira for my Psoriasis, I finished my starter pack a couple weeks ago so I'm going to be on a every other week schedule. This is an injection week so I'm so thrilled, not. No one thought to tell me that Humira burns really bad when you inject it, I hate it so much even though it is kind of helping my skin. It's not as ideal as I was hoping for but I'll be seeing my Dermatologist next week and see what she thinks about the whole situation. BUT! This weekend is my last dose of chemo!! I took it for 13 weeks and I've been looking forward getting off that crap since I started taking it, by itself it hardly helped me at all. But taking it with the Humira seems to have helped a little.

Also something I've kept under wraps until recently, if you follow me on Instagram, is that I'm having surgery tomorrow. I'll be having my Gallbladder removed, I got diagnosed with Billary  Dysknesia based on the result of the radioactive testing I had done on my Gallbladder a little while back. This will be the sixth surgery I've had. I'm always a little weary of hospitals and surgery because my body doesn't react well to anesthesia. Usually when they're trying to bring me out of the anesthesia I become tachycardic and my oxygen saturation drops like a rock in the middle of the ocean.

When the hospital called yesterday to verify my medications and conditions I told them what would happen when they try to wake me up. The nurse on the phone didn't sound very happy when I told them that, but I did also tell them if they put me on oxygen before my surgery there's a high probability that I might wake up not feeling as sick.

Then today the hospital called to tell me what time I need to be there and all those fun things. They told me that my surgery is at 7:30am so I actually need to be at the hospital at 5:30am because they told me to come two hours early. Usually when you're having surgery they sickest people go first so I must be the sickest person in this round of surgeries. I've honestly never had to be up so early for a surgery before. But maybe they want me there that early so they can check me in and let me sit on oxygen for awhile. Just hopefully everything goes smoothly and I'll get discharged and not kept overnight for monitoring or anything.

I'll try to keep everyone posted on my recovery as much as I am able to. I would recommend checking my blog at night because that's usually when I'm most coherent after I've had surgeries. But this will be the longest and most serious surgery I've ever had so we'll see how the recovery goes.
Labels: chronic illness gallbladder removal hospital life life update spoonie surgery this spoonie speaks