EDS Blog Challeneg Day 12 When Did you Encounter Co-morbid Conditions? 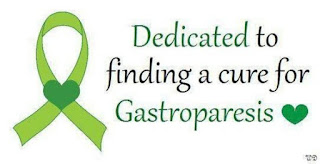 I have Postural Orthostatic Tachycardia Syndrome (POTS), Gastroparesis and Fibromyalgia, all three of which are comorbid conditions that are associated with EDS.

I got diagnosed with POTS in winter of 2015, I don’t remember the exact date, but it was a bit of a road. I’ve always had problems with my heart and being tachycardic, but I never knew that it was a sign of an actual illness.  The worsening of my symptoms happened rather suddenly.

I had been dealing with low potassium prior to anything to do with my POTS, so I originally thought all my POTS symptoms were another bout of low potassium. For about a month I was taking my potassium pills hoping that, that would resolve my symptoms. I just started off being more tachycardic than I usually was, which was tiring but I just kept taking naps and dealing with my symptoms. At the end of that month was when I started passing out and having poor oxygenation. Those episodes are what started the whole process of going to doctors. I had a Holter Monitor for four days and then after that I had a Tilt Table test.

I hated both tests because they were both really uncomfortable and stressful. With the Holter Monitor I could hardly sleep, I was trying not to get tangled in it. And I also sleep on my stomach so it was really hard to sleep on my back for so long it was pretty uncomfortable.

For the Tilt Table test I had to have the infusion of the medicine that increases your heart rate. My doctor said that it was non-negotiable, though I’m not sure why I absolutely needed that medicine. It gave me really bad chest pain and I did half pass out but they didn’t let me pass out completely. They had to let the rest of the liter of saline infuse before I was allowed to leave the hospital.

I also had to have an echocardiogram, but it was a simple test and I was allowed to leave right after the test because they found no signs of a heart defect.

My Gastroparesis and Fibromyalgia were discovered at the end of 2016 in around October.

My Fibromyalgia was a simple straightforward diagnosis maybe by Neurologist. We’ve been trying to tame my Fibromyalgia along with my unrelated neuropathy with Gabapentin for a long time now. And it’s worked okay, though my daily pain level isn’t really near what I want it to be but I manage.

My Gastroparesis diagnosis has been a long time coming. I haven’t been able to appropriately eat and digest food from the minute I was born. I’ve always had trouble eating; I’ve always thrown up my food too. And I’ve seen many, many GI doctors over the years, but none of them had ever thought to check me for Gastroparesis until now. And I’m infinitely grateful for my current GI doctor, he is one of the most dedicated doctors I’ve ever had. I’ve told him about a variety of stomach issues that I have and he’s been able to help me so much. I mean my problems are far from perfect or ideal, but I am in less pain since having my gallbladder removed, we did find the Gastroparesis and we’ve been trying to get a handle on my nausea.

And we are talking about the possibility of having a feeding tube since my body is currently not capable of absorbing all the nutrients I need. I’m currently losing weight very quickly because of this. I need to have a CT scan done first to make sure I don’t have an intestinal blockage, or some other illness that is causing me to lose weight. I’m hoping after that I’ll be able to have a J-Tube placed.