EDS Blog Challenege Day 11 When Did Dislocations Start to be a Problem? 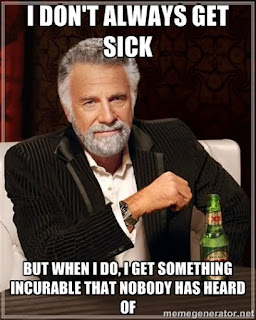 I don’t remember entirely when I started to learn that dislocations were a bad thing, it kind of happened in stages. They were painful but I never really caught that they were bad for a long time, but that was mainly because my mom dislocates some joints too. I thought that it just happened to everyone regularly.

But I do know that it started to dawn on me more in middle school, when I started staying the night with my friends. It was kind of when I started learning about a lot of my symptoms honestly.  Everyone else would have more energy than me, and I would do stuff with them but I would have to take breaks. And on top of that, that was when I started learning that staying up until four in the morning wasn’t very commonplace either. Most of the time everyone else would just be waking up for breakfast and I’d just be going to bed. And the others would be able to eat so much food; I couldn’t even comprehend eating as much food as they could. That was when I started getting teased and called anorexic, but now we know that, that wasn’t true at all.

I started dislocating my shoulders very often when I was maybe thirteen. And I could always dislocate my fingers on command too. I was about fourteen when the pain started, which I now know as Fibromyalgia. That’s when I started to tell my parents that something wasn’t right. Doctors couldn’t find anything wrong with me, and my teenage years in total were filled with more doctor appointments than anyone could shake a stick at.

That was when I knew dislocations were bad but I didn’t know when they were bad. I started getting joint damage, but no one knew why and it was really depressing. It wasn’t until much later after I graduated high school that anyone started believing me. That I eventually ended up in a geneticists office getting diagnosed with Hypermobile EDS.