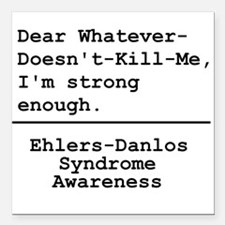 It has taught me to have more value for everyday that I stay alive for one thing. My illnesses are kind of slowly sucking the life out of me some days when I can hardly eat or drink because my Gastroparesis is making me throw up anything I try to consume.

My days are often filled with pain, fatigue and countless other symptoms but I keep moving forward anyway. It’s made me become an honorary doctor and pharmacist because I have to know so much information about my illnesses and about my medicine so no other doctor tries to give me medicine that could harm me. Having all of this knowledge and experience is helping me as I complete my Pharmacy Technician courses.

Being chronically ill in general has exposed me to a whole new set of people and opportunities. As I’ve embraced my illnesses and this new way of living I’ve also made a lot of new friends. Granted I’ve met basically none of you in real life, but in a way I feel like I’ve known you all for a very long time. Chronic illness is the glue that holds us together; we understand each others struggles and illnesses better than most other people would. We can carry on entire conversations, swapping stories about dreadful doctor appointments and it’s really nice for when you feel like no one else that you know cares or has any idea what you’re talking about. You don’t have to try as hard among other fellow Spoonies, it’s like lowering a mask. You don’t have to keep that fake smile plastered on your face, and you can let your guard down. And there’s a very high probability that you don’t have to explain your illnesses to fellow Spoonies because chances are that you have the same or similar illnesses.

EDS has made me into a teacher, and it’s made me slow down and learn how to explain things to people. I can now explain EDS to those without chronic illness and explain my Silver Ring Splints and knee braces to others as well. I no longer fight and struggle to get my point across. It’s also made me somewhat more patient than I was before, though I’m still grappling with learning to be patient with myself.

Being ill and general has also helped me weed through the personalities of people without me. Illness has taught me that often times a lot of my healthy ‘friends’ don’t want anything to do with me when I’m too sick for them to comprehend. I’ve had a lot of supposed friends drop me like a hot potato and have nothing to do with me purely because my life is so different from theirs. I make it very clear to most non-ill people that I try to form friendships with that I am sick and that things are harder for me to do. I interact with people but I take all interactions with a grain of salt until proven otherwise. It’s made me not as trusting and in a way I think that’s a good thing, sometimes I just blindly trust people with everything I have and then end up getting hurt.

Along the way through this journey with EDS and my various other illnesses I have also met some great doctors and some not so great doctors, but I’m so thankful for the great ones. All those great doctors have lifted me up when it felt like I hit rock bottom. They aren’t just my doctors; I would also consider them my friends because they care so genuinely about my health and the rest of my life. They ask about my schoolwork and my blog work because I just see them that often, if they have enough time sometimes they even listen as I hash out some of my product reviews.

All in all EDS and just plain being ill have helped me turn into a somewhat more outgoing person. Here I am writing blog posts about my life and people actually care to read them. That’s not something I would have done a while ago, nor would I freely talk about my illness with complete strangers just to educate them. And I’ve got a Spoonie family that cares about my well being as much as I care about theirs. Being ill gives and takes, it just depends on how we view the situations we are presented with.