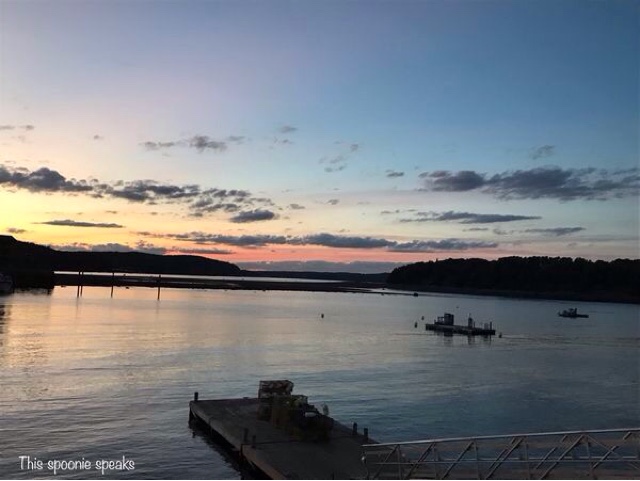 Today was a pretty good day weather wise, it was bright and sunny though a bit cold for my taste but it’s fall not much I can do about it. So since it was so clear we decided today was the day that we would go to Acadia National Park and go up Cadillac Mountain. Which was beautiful as always and sprinkled with fall colors. The drawback was there’s a lot of road construction and there were big tour buses EVERYWHERE. I’ve never seen so many tour buses in my life, but they were everywhere and made it a little difficult to get around.
And I took a lot of pictures on my phone which I’ve been periodically uploading to my Instagram (@spoonie_speaks). I will also be doing a few picture only blog posts with the pictures I’ve been taking on my Canon EOS Rebel T3i. But those won’t go up until after I’m at home because I didn't bring my laptop with me on this trip.
We spent most of the day going around the park and stopping to take pictures. And taking pictures is my favorite thing to do. I’m hoping to take a good enough picture with my Canon camera that I can have it put on canvas and display it on the wall above my bed.
Also while at the park at one point I fell and skinned my left knee pretty good. Then a few stops later on our journey my dad and I were going down some stone steps and I fell, wrenched my ankle pretty good too. So needless to say I’m in a bit of pain right now. And now that we’re in our hotel room for the night, I took my sock off to assess the damage and it's pretty bruised and swelled. Who knows what bruises might pop in the morning from that fall. Though thankfully my dad was walking down the steps in front of me and prevented me from falling down the entire staircase. So after that ordeal we just kept driving along and didn’t stop too much after that.
We stopped at a restaurant called Acadia Jordan Pond House, the menu wasn’t very great for me and my growing list of food and drink restrictions. My dad is also extremely picky about his food so we ended up eating popovers and blueberry sorbet, both of which were great but, their menu was incredibly lacking. After that we slowly made our way out of the park entirely and ended up in Bar Harbor where we’ll be staying today and tomorrow. We walked around into various shops for awhile and I got to play Pokemon Go. I also got a sweatshirt at one of the stores we went into, some tea and a few other things here and there.
Only other thing that happened is we watched the moonrise, which looked horrible on mine and my dad’s phones. But we did get several good shots with the Canon camera. And that concluded our day. 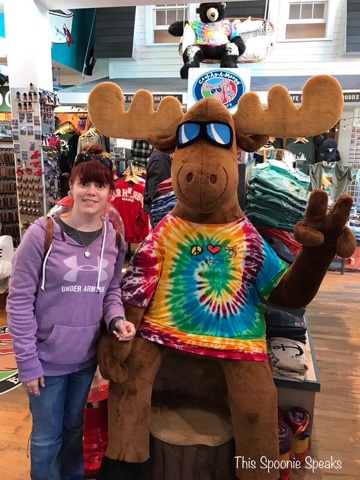