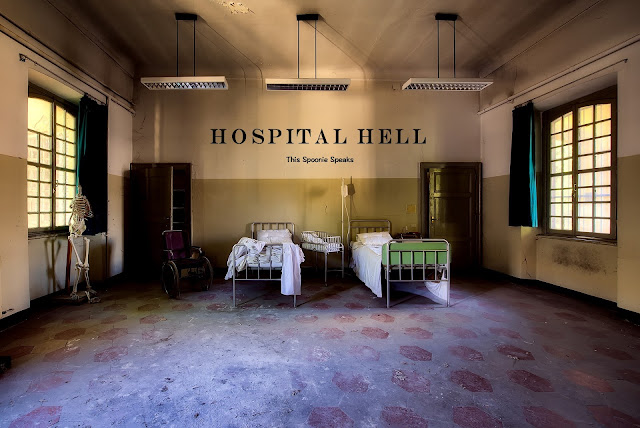 So as I said in my last post awhile back, I went back to Cleveland Clinic on 2/14/18 to figure out what the next steps were for treating my severe Gastroparesis. I live two and a half hours away from Cleveland, so it’s not a trek that my dad and I take lightly. Originally at my first appointment we had agreed to do something called a Smart Pill. I would eat it and wear a box similar to what you do for a Holter Monitor, and then box would record how long it would stay in my stomach and each segment of my intestines. Basically it’s like the high tech version of a Gastric Emptying Study, to see if we could pinpoint a problem somewhere specifically in my GI tract other than my stomach. Unfortunately that never got approved through insurance, it actually got denied five times.

So my dad and I met with my doctor there (I’m not going to say names). Currently I do have to say that I am in a pretty terrible place with my nutrition though. Generally I eat less than 500 calories on my own and drink less than a liter of water a day and I told my doctor this. He started getting really alarmed as I continued to explain my almost total inability to sustain myself on my own. He said that he wanted to admit me to the hospital to have a NJ tube placed. It’s a type of feeding tube that goes through my nose and all the way down my disgestive tract, to my Jejunum, which is a part of my small intestine. 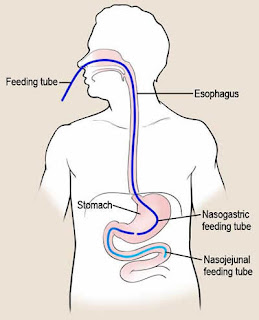 Then after I get stronger from my NJ tube feeds in a couple of weeks, he wanted me to have the NJ tube removed. He wanted the NJ tube to be replaced by a J tube, which is a feeding tube that goes directly through my abdominal wall and into my Jejunum to continue my tube feeds. He also wanted the surgeon to cut my Pyloris muscle; this is the muscle at the bottom of my stomach that is right before my intestines. Supposedly by having this muscle cut there would be nothing stopping food from passing into my intestines. So in theory it should speed up gastric emptying, at first it sounded really cool that I might end up slightly less sick than I currently am. Well my doctor then went on to tell us that there has only been less than 200 of these surgeries preformed within the last year roughly. It also supposedly resolves the problems of Gastroparesis in 75% of the people that had it done. 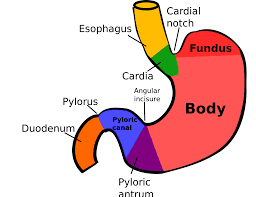 So in the end I did agree to be admitted to the hospital, I was admitted right after my appointment on the grounds of severe malnourishment and obviously the need to have the NJ tube placed as soon as possible. My doctor told me that I’d get my NJ tube placed on Thursday and go home on Saturday, well that didn’t happen and that’s when everything started going downhill.

So we had went to the admitting area and waited two plus hours for a bed to become open. Eventually we did get up to the floor I was supposed to be admitted to. And usually when you step off the elevator you’d probably expect to be smack in front of the nurse’s station, which was not the case. When the elevator doors opened all we saw was a wall and no one told us what we were supposed to do when we got up there to begin with. We had actually roamed that floor in circles looking for the nurse’s station because they apparently don’t believe in sending you up with an escort to help you find your way around to where you’re supposed to be. After ten minutes of roaming around in circles, we found the nurses station but they were definitely not nice about trying to figure out what room I was supposed to be in.

They told me my room number then didn’t do anything else, which was extremely off putting. In the end I stayed in my street clothes for two days while my parents tried to shuffle things around to accommodate my hospital admission. It all in all, was really frustrating and I didn’t feel warm and fuzzy.

In general things didn’t seem as clean as I thought. The rooms were very dingy and kind of unkempt, they definitely could’ve done a lot better job of keeping the floors clean. And the nurses would just throw things on the floor, when I was digging through my bag I found several medical bits and bobs that weren’t supposed to be there. It was unsettling you really had to be wary, of things you touched because it just felt off, like if I touched a door handle I’d get the plague and die.

And the nurse I ended up having had dreadlocks and she also didn’t have them tied up either. I don’t mean to be rude to any of my readers that may have dreadlocks, but I think it’s incredibly inappropriate if you’re a nurse. I was very nervous about her dreadlocks being in the sterile air space of my port. I am incredibly anal about my port, I don’t care if the nurse has accessed a million ports I will stare them down and watch them access it. I didn’t want it to get contaminated and make me sick. I’m deathly allergic to most antibiotics so if my port did end up getting contaminated and I got sepsis I won’t have very much means to fight it off.

Another problem I had was the doctors themselves. All the ones I met were incredibly rude and uncaring about my thoughts/feelings. Two of the doctors also wore very strong cologne and strong smells like that trigger my asthma. They didn’t even seem to notice that I was struggling to breathe for a bit while they were in the room. And one of the doctors told me to burn Mr. Bear, the bear I have with me for hospital stays and surgeries.  He said ‘we have bugs you don’t need the bear, burn it or get rid of it.’ But what’s the difference from whatever gets on your clothes and shoes when you’re in the hospital and my bear. But Mr. Bear didn’t get burned or harmed in any way, he just got sent through the washer three times.

In the end they couldn’t place my NJ until Friday, which was a tad problematic because I wasn’t eating or drinking much of anything at all. Basically the only reason I was semi functional was because of the fluids I was receiving through my port.

Though they had kept me prepped for NPO status, which lead me to think I’d get,  my tube placed in the time frame that my doctor had told me. Well that was until a floor doctor came in and told me there was no room on the procedure docket for me that I’d probably have to wait until Monday. In short my dad got so angry that he scared the doctor into putting me on the docket for Friday.

I’ll leave that as the first part of the post and update you guys with the next part of my hospital stay in another day or two.