Fibromyalgia is a Give and Take 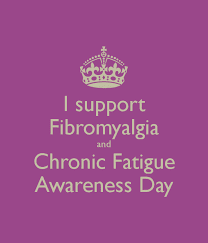 Today is May 12th, which means it’s Fibromyalgia and Chronic Fatigue Syndrome Awareness Day! So I thought I would talk about what I think is a give and take relationship between Fibromyalgia and my life.

Fibromyalgia has cost me a lot in my life; I couldn’t keep up with my friends when they wanted to do things. Like if we went to the mall I would be rolling along in a wheelchair but they’d suddenly act like I was invisible. And I can’t do spontaneous like people my age normally can, it often left me feeling really alone.

As I got sicker my supposed friends left one by one until I was pretty much alone and isolated, it really sucked. Though I wasn’t completely alone I suppose because I had my blog to work on, and everyone knows how serious I am about my blog. My blog is my life or like a baby to me and with my blog I’m not alone because I have thousands of people reading my blog.

As my Fibromyalgia got worse and I became basically home bound because of it, it felt like my world got a little smaller everyday. Though I still felt like I should share my Fibromyalgia journey with others because there might be people like me who have gone through similar things and don’t understand what’s happening to them. That was mainly because my fibromyalgia actually became apparent after I fell while ice-skating and broke my kneecap. To me that seemed like an odd trigger and honestly it still sounds kinda weird. Then my Fibromyalgia was made worse after I was in a car accident.

Eventually I decided to join some blogging groups and through that I have met many amazing people who love and support me. They are my fellow Fibromyalgia warriors and I’m also happy to call them my friends.

What’s really happened here is my Fibromyalgia has taken away a lot of things like people I once cared about, things I can do, my energy. But I suppose if the people I once called my friends were actually my friends they might have stuck by me or at least asked how I was from time to time but they didn’t. So really my Fibromyalgia kind of showed me the true nature of the people around, showed me who was genuine, though that turned out to be pretty much no one. Though I do give props to my cousin who’s stuck by me through thick and thin.

As time went on I had one whole friend to my name, but I got tired of being alone all the time so I started joining blogging groups. Eventually I became friends with people who had Fibro and other chronic illnesses like me. Really this is the first time I’ve ever felt like I really belonged somewhere, and having people who stuck by me no matter what will always be like a breath of fresh air. In a way I’m thankful for my Fibro because it’s taught me about people and I’ve cut a lot of the bad out of my life.

So think of it like this, Fibro has taken a lot out of our lives but if you look hard enough you can seen where it’s given us some of the best parts of our lives. I’m thankful for all the friends I’ve made. Life can also be really hard and frustrating but at the end of the day as I see it I have friends who I can lean of and give me tremendous support. In turn I can also help them to the best of my ability.

Fibromyalgia takes a lot away but it gives something in return. I think that this is my way of accepting the hand I've been dealt even though It's been  hard road to walk on.