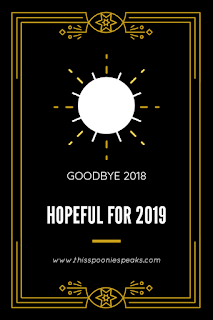 This year has been a hell of an roller coaster ride.

First I got my port, which has allowed easier access for me to be able to have medicine, fluids and lab draws done. Not to be overly dramatic, but my port has done me a lot of good and made me feel a bit safer if I need urgent access. I got it because I have poor veins and had IVs just about anywhere they can be placed. I’ve also had a few medical crises where they struggled to get normal IV access in the ER (before my port placement).

For example I had a HIDA scan for my Gallbladder, I had a odd reaction to the medicine that forces your Gallbladder to contract. For whatever reason, the discomfort from the medicine progressed into intense pain to the point the nurses immediately took me to the ER when my scan was completed. In the ER they struggled to get IV access to give me medicine and fluids to flush out the Gallbladder medicine.

It took five different nurses before they were able to start an IV. Though they were also repeatedly calling the Picc Line Team, I’m just thankful someone was able to place a normal IV. Once I was stable and comfortable enough, the doctor came to talk to me and she was incredibly nice. But she was also incredibly concerned about my overall lack of any decent veins. She further encouraged me to continue trying to get my GI to agree to a port, because if this was an honest to god emergency I’d have probably been dead.

This year also started my feeding tube journey, before my tube I was sickly and unable to eat. I also had a host of issues  with vitamin deficiencies and general malnourishment. I was hospitalized for a week to get a NJ placed and my vitamin levels corrected. Then a month or two later I got my surgical G/J tube placed. Though surgical tubes hurt like hell, I prefer them to my NJ because it was rubbing a sore in the side of my throat. My dangler actually fell out of me, so I was admitted and got my J button placed. Unfortunately that got pulled out by a dog and I was re-admitted and had a G/J button placed. Thankfully that has been my last admission this year.

There were also a few diagnoses added to my list of illnesses this year. I now have Raynauds, Antiphospholipid Syndrome and most recently Endometriosis.

But this year I also got to push myself a some, once I got a bit healthier and was able to go on a few short trips this year. One was to Florida to Seacrest Wolf Preserve where we got the amazing opportunity to play with wolves. That trip was a dream come true. The second trip was to Gatlinburg Tennessee, which we’ve gone nearly every year since I was little. I pushed my body to the absolute limit on that trip. There were a lot of repercussions for that trip but I did it. And most recently, my dad was able to take me to Colorado so I could see my best friend in real life. That trip was hard on my lungs, but it’s something I’ll cherish forever. Because it was worth every single second of pain. Thankfully though, I used a wheelchair for that trip and I feel like I could think more about the fun we were having, rather than the pain and not being able to breathe too well.

My blog has also grown so much this year, I’ve been able to freelance and help people. It makes me really happy to know that my blog really has helped some of you. And I really want to say thank you to everyone who has read my blog you guys have kept my spirits up.

I’m really grateful for the things I’ve been able to do, regardless of how big or small it is. Though I hope next year will be better.

Thank you everyone for sticking with me and I hope you have a happy New Year.