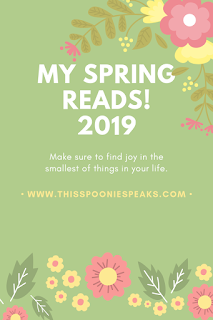 So spring is upon us and usually what comes with spring are new book releases! I’m a complete book worm and love reading, my favorite books are YA Fantasy. Though I’ll read a lot of other kinds of YA genres as well, a second favorite of mine are YA Dystopian books. YA draws me in more so than non YA books. Non YA just seem so dense and overly descriptive and a little less imaginative, at least in my opinion. But anyways this is the list of books that are either in my To Be Read Pile in general (not necessarily new), or are going to be released soon or have been released recently. 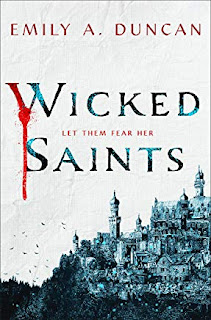 Wicked Saints by Emily A. Duncan

A girl who can speak to gods must save her people without destroying herself.

A prince in danger must decide who to trust.

A boy with a monstrous secret waits in the wings.

Together, they must assassinate the king and stop the war.

In a centuries-long war where beauty and brutality meet, their three paths entwine in a shadowy world of spilled blood and mysterious saints, where a forbidden romance threatens to tip the scales between dark and light. Wicked Saints is the thrilling start to Emily A. Duncan’s devastatingly Gothic Something Dark and Holy trilogy.

So to be honest I first checked out the book because I thought the cover looked cool. Honestly that’s how I’ve picked up some great books. 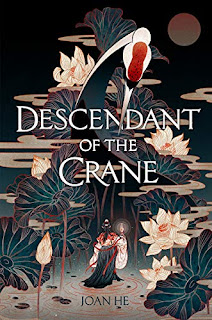 Descendant of the Crane by Joan He

Tyrants cut out hearts. Rulers sacrifice their own. Princess Hesina of Yan has always been eager to shirk the responsibilities of the crown, but when her beloved father is murdered, she's thrust into power, suddenly the queen of an unstable kingdom. Determined to find her father's killer, Hesina does something desperate: she engages the aid of a soothsayer—a treasonous act, punishable by death… because in Yan, magic was outlawed centuries ago.
Using the information illicitly provided by the sooth, and uncertain if she can trust even her family, Hesina turns to Akira—a brilliant and alluring investigator who's also a convicted criminal with secrets of his own. With the future of her kingdom at stake, can Hesina find justice for her father? Or will the cost be too high?

Again this book had a really cool cover, so I thought it was worth a look at the synopsis. I’m also really interested in fantasy books that have that added depth that a different culture can give a book. The synopsis made me think of Game of Thrones and Throne of Glass, so I’m definitely excited to start reading this. 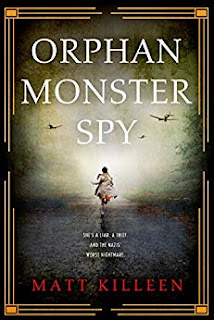 Her name is Sarah. She's blonde, blue-eyed, and Jewish in 1939 Germany. And her act of resistance is about to change the world.
After her mother is shot at a checkpoint, fifteen-year-old Sarah meets a mysterious man with an ambiguous accent, a suspiciously bare apartment, and a lockbox full of weapons. He's part of the secret resistance against the Third Reich, and he needs Sarah to hide in plain sight at a school for the daughters of top Nazi brass, posing as one of them. If she can befriend the daughter of a key scientist and get invited to her house, she might be able to steal the blueprints to a bomb that could destroy the cities of Western Europe. Nothing could prepare Sarah for her cutthroat schoolmates, and soon she finds herself in a battle for survival unlike any she'd ever imagined. But anyone who underestimates this innocent-seeming girl does so at their peril. She may look sweet, but she's the Nazis' worst nightmare.

So when I saw just the cover and the title I thought that this might be a vampire or werewolf related book. But the title interested me so I read the synopsis, and honestly I find the Holocaust interesting. I mean it was awful with all the death and torture that occurred and it makes me sad. But how that much destruction could be caused by Nazi’s scares me a bit. But this book itself is a step out of my usual comfort zone because it’s YA Historical fiction and I don’t usually read many of these. 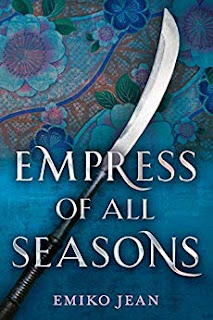 Empress of All Seasons by Emiko Jean

Each generation, a competition is held to find the next empress of Honoku. The rules are simple. Survive the palace's enchanted seasonal rooms. Conquer Winter, Spring, Summer, and Fall. Marry the prince. All are eligible to compete--all except yōkai, supernatural monsters and spirits whom the human emperor is determined to enslave and destroy.

Mari has spent a lifetime training to become empress. Winning should be easy. And it would be, if she weren't hiding a dangerous secret. Mari is a yōkai with the ability to transform into a terrifying monster. If discovered, her life will be forfeit. As she struggles to keep her true identity hidden, Mari's fate collides with that of Taro, the prince who has no desire to inherit the imperial throne, and Akira, a half-human, half-yōkai outcast.
Torn between duty and love, loyalty and betrayal, vengeance and forgiveness, the choices of Mari, Taro, and Akira will decide the fate of Honoku in this beautifully written, edge-of-your-seat YA fantasy.

I love fiction books that are heavy in mythology! There’s so many different ways to interpret mythology but it’s still easy to find a way to make it your own. The synopsis kind of made me think of The Selection series mixed with a little Red Queen. 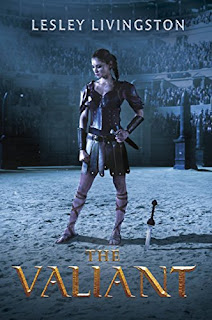 The Valiant by Lesley Livingston

Fallon is the daughter of a proud Celtic king and the younger sister of the legendary fighter Sorcha. When Fallon was just a child, Sorcha was killed by the armies of Julius Caesar. On the eve of her seventeenth birthday, Fallon is excited to follow in her sister's footsteps and earn her place in her father's war band. She never gets the chance.
Fallon is captured and sold to an elite training school for female gladiators—owned by none other than Julius Caesar himself. In a cruel twist of fate, the man who destroyed Fallon’s family might be her only hope of survival.
Now, Fallon must overcome vicious rivalries, deadly fights in and out of the arena, and perhaps the most dangerous threat of all: her irresistible feelings for Cai, a young Roman soldier and her sworn enemy.

This is another step out of my usual comfort zone I don’t read much Ancient Historical Fiction either, but I’m expanding my horizons. And what better way to do it than with a badass female  gladiator. 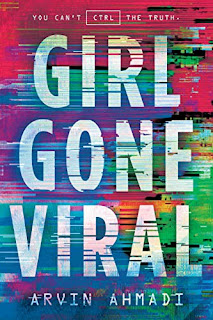 For seventeen-year-old Opal Hopper, code is magic. She builds entire worlds from scratch: Mars craters, shimmering lakes, any virtual experience her heart desires.
But she can't code her dad back into her life. When he disappeared after her tenth birthday, leaving only a cryptic note, Opal tried desperately to find him. And when he never turned up, she enrolled at a boarding school for technical prodigies and tried to forget.
Until now. Because WAVE, the world's biggest virtual reality platform, has announced a contest where the winner gets to meet its billionaire founder. The same billionaire who worked closely with Opal's dad. The one she always believed might know where he went. The one who maybe even murdered him.
What begins as a small data hack to win the contest spirals out of control when Opal goes viral, digging her deeper into a hole of lies, hacks, and manipulation. How far will Opal go for the answers--or is it the attention--she's wanted for years?

I’ve started getting into more futuristic books like this including WarCross and Wild Card. I’m really anticipating the release of this book, it sounds really interesting. And it’s always fun to see how far authors can push the technology in futuristic worlds like this.

So overall this post was to share what I'm going to be reading soon and to let you all know that I plan on starting to review books. I'll still be doing my normal medical related posts, but I wanted to branch out a bit with my blog and try something new. Just please be patient while I explore different review styles and nail down how I like to review things.

This post contains Amazon affiliate links. I’m in no way sponsored to write this post, all opinions are my own.
Labels: book recommendations books bookworm recommendation TBR pile this spoonie speaks YA fiction