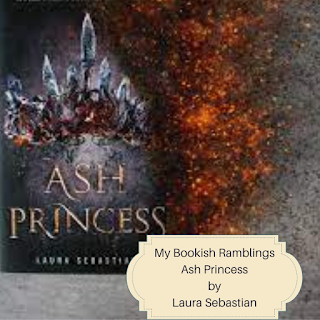 Just wanted to say that this is my first book review so I’m sorry if it isn’t the greatest but we all have to start somewhere, so here goes nothing.
Theodosia (Thora) is the Ash Princess and a survivor of the Kalovaxian invasion. They killed her mother and took over her home. While she appears free she isn’t. The Kaiser abuses her for any imaginable thing, things she couldn’t possibly control and has left her with more mental and physical scars than a person should have. Until enough is enough and she realizes no one is going to save her but herself. And being referred to as Ash Princess is actually a mockery of a title like a jab that what are supposed to be her lands are I’m ruins and it’s people are oppressed and miserable.
Honestly I feel like Theodosia grows in leaps and bounds throughout the entire series and becomes a strong person. At first I thought I was going to hate her as a main character because she was very meek and constantly like “if I don’t make the Kaiser mad then he probably won’t kill me.” And as cheesy as it sounds, you also have to believe in the power of friendship, because friends can help you accomplish and get through a whole hell of a lot. And you will get emotionally invested in the other characters (including the love triangle) and they feel like real people, everyone has a deep background story and honestly I feel like they could have their own novellas.
The series will keep you on your toes I read all three books in a week, I couldn’t put them down. But it doesn’t help that I have a lot of time on my hands with my insomnia being so much worse at the moment. In all I give the series a full five stars I was completely sucked into the journey. Throughout the series you do also get to explore a pretty big chunk of the map because at certain points because they do travel by boat.
But there were things that I didn’t like, originally how meek and almost whiney Theodosia was. One of her allies constantly has a death wish and it was a constant fight of trying to get him to not just go off and kill himself in hopes it’ll help them free their country from the Kaiser.
Labels: ash princess book review Laura Sebastian my bookish ramblings ya YA fiction